A Call for Unity 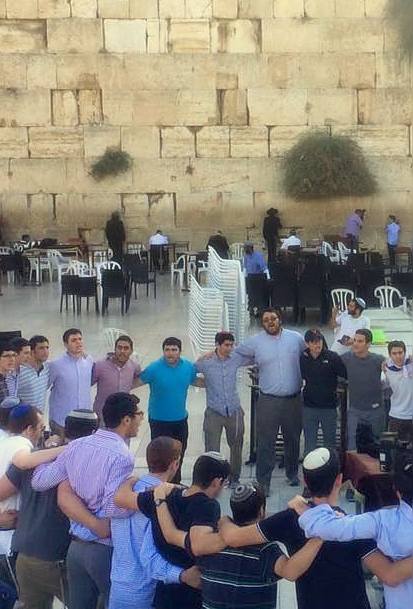 In this week’s Torah reading, humanity engages in two different sorts of evil. One generation becomes rife with theft and immorality, and the population is wiped out. Then a later generation unites to rebel against G-d, and G-d confuses their languages and divides them into distinct peoples.

Rabbi Shlomo Yitzchaki asks what should be a simple question: which generation was more wicked before G-d? The first didn’t try to fight with G-d Himself, and the second did. But the first one was wiped out, and the second, merely confused. How is that logical or appropriate?

He explains that the generation of the Flood engaged in theft, which tells us that there were multitudinous arguments between people about stolen property. There was divisiveness and discord. The generation of the Tower of Babel, on the other hand, displayed unity and brotherhood while engaging in their evil project… and so they were not wiped out. “This teaches you that discord is hated, and the greatness of peace,” Rashi concludes.

There is a paradox here. The Medrash tells us that when Hashem confused the languages of those building the Tower, the result was division! A person who asked for water was given earth. One who called for a rope was thrown a hammer, which killed him. His friends then took out their swords, and much of humanity perished before it was over. So Hashem created the discord all over again!

Or so it seems.

As we know well, different languages do not have to result in a lack of understanding, certainly not one culminating in murder. We are no longer confused when we hear a person speaking in a foreign tongue. But nonetheless, Hashem said we need to divide into distinct peoples, and final unity will only come in the Messianic era.

Within each nation, however, we are obligated to seek unity — especially within the Jewish nation. We see that unity is so powerful that even when the purpose itself is wicked, G-d takes unity into account. All the more so, when our purpose is Holy.

Today we are faced with enemies who, as always, could wipe us out if they would merely unify. But the terrorists of the one side are unable to unite with the terrorists on the other, and the Jewish People remain the Eternal Nation.

Israeli news reporters conducted a bedside interview with a Rabbi who was injured in one of the horrific attacks this week. They asked him what happened, and he said “that’s uninteresting,” it’s unimportant. He didn’t want to talk about the terrorist, or his own injuries. What did he want to tell us? That Heaven is sending a message to the People of Israel (meaning the Jews, all over the world), that we need to improve our character. We have to improve how we treat each other and how we perform our obligations to Heaven. That’s what he wanted to say.

He has it right, of course. What is happening in Israel is a call for unity and brotherhood. And we, all around the world, must participate. May we enjoy peace, speedily in our time.