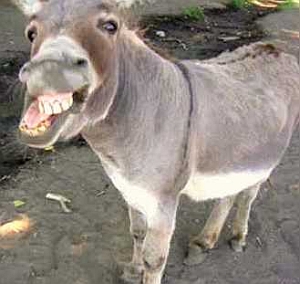 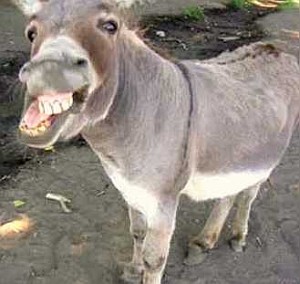 In this week’s reading, we learn the incredible story of Bila’am, who traveled to curse the Jews, only to be confronted by an angel – and his own donkey.

His donkey saw the angel first, with a drawn sword, and prudently steered to avoid the angel by walking off the path. Bila’am responded by hitting the donkey, especially when it trapped Bila’am’s leg against the wall as it desperately tried to avoid their death.

The donkey was doing the right thing; Bila’am refused to see. Even when G-d miraculously gave the donkey the power of speech, Bila’am responded by threatening to kill it. Finally the donkey started to get through: it asked Bila’am, (paraphrasing Num. 22:30) “in all the years you have ridden me as your donkey, have I ever acted like this towards you?” And Bila’am admitted that it had not.

And then, finally, G-d opened Bila’am’s eyes. Or, at least, this is what the translations say. The Hebrew word, “VayeGal,” comes from the root “Galui,” something which is revealed, the opposite of hidden. Of course Bila’am could see, his eyes were wide open the whole time. But he could not see the truth — that there was an angel standing in front of him.

Friends of us once recounted the story of taking a walk on a Shabbos afternoon, when a well-known Rabbi and his daughter suddenly emerged from their house and jumped into a waiting taxi. After Shabbos, the daughter called them to let them know that her father had a medical emergency, which required “breaking” the Sabbath in order to save his life in accordance with Jewish Law. The wife, telling this story, recalled thinking to herself “no, really? We thought that after 80 years, the Rabbi had said ‘I’ve had enough of this Jewish observance, let’s go for a ride!'”

Sadly, though, it’s not always so simple. It’s not always so obvious that the person acting so out of character might have a very good reason (even emotionally) to act contrary to his or her normal behavior. And it’s our obligation to try to see beyond the limitations of our eyes, to imagine .

This world is all about concealment. We only know part of the story, we don’t know all the facts, we don’t understand. If Bila’am should have understood that there must be a really good reason for his faithful donkey to suddenly act this way, we should certainly try to recognize that good people don’t suddenly go bad — and interpret their actions for the best.