We Live to Give

By: Rabbi Yaakov Menken|Published on: May 29, 2015|Categories: Lifeline| 3 comments 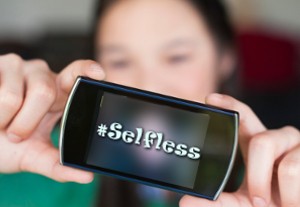 The Talmud [Rosh Hashanah 17b] records an exchange between Bluriah, a convert, and the Rabbis. She questioned an apparent contradiction: the Torah says that G-d does not show favor [Deut. 10:17], but the Kohanim bless the nation in this week’s reading [Num. 6:26] that G-d should show favor to them. How, she asked, can this be?

Rebbe Yossi HaKohen provided Bluriah with a parable: imagine a person standing before the King and promising to pay a debt by a certain time — and swearing to do so on the King’s life. The time comes and goes, and the debt remains unpaid. The debtor comes before the King to assuage his anger, and the King says to him: “I forgive the embarrassment, but now go deal with your friend!”

The Rabbi explained that the situation is the same before the King of Kings. If a person sins against G-d, G-d can be asked to show favor. But between people, He cannot be bribed, He cannot show favoritism.

In this week’s reading, we also see an outstanding example of people not trying to earn favoritism from HaShem. This week’s reading recounts the individual offerings of the heads of the tribes, at the time of the dedication of the Mishkan, the Sanctuary. Over and over again, we read the very same words — because each offering was the same as every other.

The Medrash says that although the Nasi, the leader of the tribe, of Reuven wanted to bring his offering second after Yehudah, HaShem commanded that the tribes should follow the way they camped in the desert — thus placing the tribes of Yissacher and Zevulun, which traveled under the flag of Yehudah, ahead of Reuven, the second of the four tribes with their own flag.

The Medrash explains that the head of Yissacher was told to bring second, because the tribe of Yissacher told all the tribes what to offer. What does this Medrash mean? What was so special about this offering, “a silver platter, weighing 130 shekels, and a silver basin, weighing 70 shekels, both filled with fine flour mixed with oil…” which was duplicated by all the tribes?

One answer given is that the duplication was the advice.

We have a natural instinct to be different — and to be better. But if someone is “outperforming,” that means that others are not. And indeed, sometimes it feels like there is a competition to “keep up with the Joneses,” and to outdo them.

This is exactly what the head of the tribe of Yissacher, Nesanel ben Tzuar, chose not to do. On the contrary, he chose to precisely duplicate Nachshon ben Amminadav’s offering of the previous day, so that none try to outdo the other. Otherwise, one would add upon the other, until the twelfth Nasi was bringing all he owned!

Nesanel ben Tzuar emulated the behavior of HaShem Himself, as found in the Medrash concerning Bluriah. HaShem does nothing for Himself — we have nothing to give Him except the opportunity to receive His Kindness. Nesanel ben Tzuar similarly cared not for himself, but only to avoid favoritism, any preference of one Nasi over the others.

We are enjoined to emulate HaShem and His attributes — but we might not have thought about the desire to outperform in that context. Obviously, in constructive matters like the workplace, and all the more so learning Torab, we should strive to do “better than ever.” But even for the best of purposes, we shouldn’t try to outspend others.