By: Rabbi Yaakov Menken|Published on: May 15, 2015|Categories: Lifeline| 2 comments 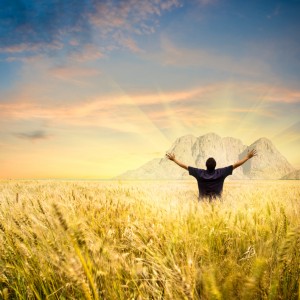 Our reading this week begins with an unusual juxtaposition: “HaShem spoke to Moshe at Mt. Sinai, saying: Speak to the children of Israel, and tell them that when they come to the land which I am giving them, they shall let the land rest, a Sabbatical for HaShem.” [Lev. 25:1-2]

Here Rashi (Rabbi Shlomo Yitzchaki) asks a question, which has been repeated countless times as an expression meaning “what has one thing to do with the other?” “Ma Shmitta Etzel Har Sinai?” — What do the laws of Shmitta, the Sabbatical of the Land, have to do with Mt. Sinai more than any other Mitzvah? The entire (Oral) Torah was given to Moshe at Mt. Sinai — so why the emphasis on Shmitta?

The Chasam Sofer offers the possibility that Shmitta has a unique relationship, for it tells us something about the authenticity of the Sinai experience. Why? Because Shmitta offers a guarantee that the land will produce in the sixth year to cover not merely the sixth and seventh, but the eighth year as well.

The Kli Yakar elaborates on this point. We all understand the basic ideas of crop rotation. After two or three years of use, the crops have drawn out the nutrients and left the field “weakened.” Prior to modern fertilization techniques, it was necessary to leave the field barren for a year so that it could recover those nutrients.

The Torah tells the Nation of Israel to “break the rules.” First of all, it tells people to plant the field continuously for six years, and that the field will continue producing. But even more, the Torah promises a triple crop in the sixth year, precisely when the field should be practically useless!

The Chasam Sofer asks a simple question: “Who could ever promise, ‘I have Commanded my blessing upon the land, and it will produce a crop to last three years?'”

If we were to sit down and write a Bible, would we make this promise? How long would we last if we did? At the very least, let’s promise the triple crop in the eighth year… then we can claim that people didn’t follow us, and thus didn’t get the blessing! The Torah insists that the triple crop will come in the sixth year. The Chasam Sofer says that the very audacity of this claim… is the best verification of Who made it.