To Shepherd the World

By: Rabbi Yaakov Menken|Published on: May 8, 2015|Categories: Lifeline| 0 comments 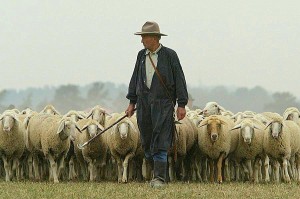 In this week’s reading, we find the Commandment not to slaughter a mother animal and its own child on the same day. Why are we instructed to do this? What is the Torah trying to tell us? The Sefer HaChinuch, Rav Yosef Babad’s compendium of the 613 Commandments, identifies two possible reasons.

First of all, we are to be good stewards of G-d’s world. Even on this small scale, we should remember not to exhaust a natural resource — for G-d Created each type of creature for a reason. But second, the Chinuch explains, this Mitzvah instills the concept of mercy, as well. Although we need animals for food, we still need to think about the animal and its child.

Doesn’t this seem contradictory? The act of slaughter itself seems inherently cruel, even barbaric. It could even be argued that killing both on the same day is better, so as not to leave one without the other. So what is the point of refraining from doing so?

The Commandment, though, is not for the benefit of the animal, but for how it changes us. The world requires that we keep a balance, rather than going to extremes. We are not told to be vegetarians, but neither are we permitted to eat anything we want. There are certain types of animals which we are allowed to eat, and those need to be slaughtered in a particularly careful and merciful way — and even then, we must be mindful of which animals we are slaughtering.

The same is true in regards to eating itself: we can neither starve ourselves nor gorge ourselves, but must keep a balance. Drinking in moderation is encouraged (for Kiddush and at other times), but not getting drunk. And this attitude extends to many other areas of our lives — better than taking a vow of silence, for example, is to limit ourselves to saying only positive things.

There is also, in this Mitzvah, a lesson about our responsibility to others. The Rabbis taught that on the eve of the holidays, including Rosh Hashanah, a who person sold both a mother animal and its child needed to bring this to the attention of the buyers. This is because it was normal on those four days to slaughter a purchased animal immediately and consume it for the holiday — and the seller could not lead the buyers to inadvertently violate this Mitzvah.

Each and every Commandment has layers of lessons found within — all helping us to develop and better not only the world, but ourselves.