By: Rabbi Yaakov Menken|Published on: May 1, 2015|Categories: Lifeline| 0 comments 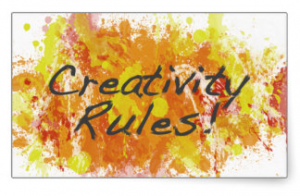 The Sfas Emes, the Rebbe of Gur, explains that whenever we do a Mitzvah, we have to first think about He Whose Will we are doing, and do the Mitzvah itself for the sake of Heaven. “For the reasons of the Mitzvos are merely why it was that Hashem Commanded us to do them; but our doing them must be only in order to do the Will of G-d. And when a person accepts the yoke of Heaven prior to doing the Mitzvah, then he or she can do the Mitzvah properly.”

Today, much is said about “individual religious expression.” If you recall a few weeks ago, a good number of people alerted me that I had inadvertently written that the two sons of Aharon who died bringing a “strange fire” were Dasan and Aviram. “Clearly I wasn’t thinking clearly.” Dasan and Aviram directly rebelled against Moshe, leader of the Jewish people. The error of Nadav and Avihu, the sons of Aharon, was much more “finely measured.” They went into the holiest of places, doing something that inspired them as individuals without fully considering if what they wanted to do was proper and correct.

The Sfas Emes reminds us that Judaism teaches us to serve G-d not by doing whatever we want that feels spiritual to us, but by bending our will to the Mitzvos of the Torah. The way we elevate ourselves, and become more Godly individuals, is not by following our own will, but His.