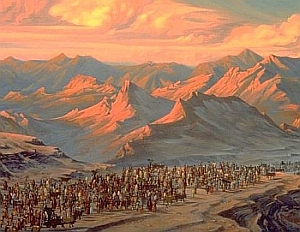 Just before Purim, a non-Jewish woman asked me about the holiday. After I explained a little bit about Haman and his plan, she asked, “so Hitler wasn’t the first?” They really have no idea. 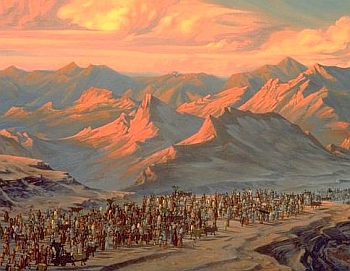 When we look at the news, it can be very disheartening. A leading Iranian general has announced that “wiping Israel off the map” is “non-negotiable.” And the leading “civilized” nations continue to negotiate with Iran, as if it could be treated as a rational power, as if its positions were completely understandable and logical. Imagine if Himmler had announced that wiping Spain off the map was “non-negotiable” — even Neville Chamberlain wouldn’t have made a deal.

The Jewish Nation is different. Israel, the modern country, is different, because it’s the only country governed and populated primarily by Jews. In that context the Iranian position is not only considered rational, but is shared by hundreds of millions of people. Today, the so-called “BDS” movement places a new, sophisticated veneer on “anti-Semitism,” itself a euphemism created by academics barely a century ago. Forget comparisons with South Africa, BDS is bought and paid for by nationals of countries which Jews — and, for that matter, those with an Israeli stamp in their passports — are forbidden to enter. Yet this vulgar hypocrisy goes unmentioned, because the target isn’t really Israel at all, but Jews.

As the Haggadah tells us, this is the same ancient, irrational, murderous prejudice that has existed since Esav sent his son to murder Yaakov — and since Lavan, Yaakov’s father-in-law, plotted to destroy him. And that is the message of the Haggadah: keep the faith. Do what Jews have done since the beginning of our history, and “the Holy One, Blessed be He, saves us from their hands.”

G-d took the Jewish People out of Egypt to be His, to be close to Him and promote His vision for the world. On Passover we relive that departure from Egypt, the liberation from bondage. We break free from human limits to belong only to G-d. We know that the plans to destroy us today will not succeed, as they have failed in every generation. The Holy One, Blessed be He, saves us from their hands!