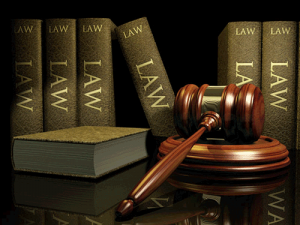 I have commented many times that “Let My People Go” must be the most famous half-quote in the Bible. Exodus 7:26 reads as follows: “And G-d said to Moses: Come to Pharoah, and say to him: So says G-d: let My people go, and they will serve Me.” The verse does not call for liberation from all controls and limitations — rather, it is about whose controls and limitations will apply.

Every government imposes rules — we recognize them as necessary for the preservation of civil society. We know that an entire section of the Commandments, called Mishpatim (Judgments), consists of laws which governments must create. But we also know that the laws created by governments go well beyond these basic requirements. Society would not collapse without laws regarding treatment of the American flag. Elsewhere in the world, speaking badly of Mohammed is a capital crime.

Because they represent nothing more than the will of the current government, the rules can change at any moment. This is true even of laws that represent a moral judgment, the claim that something is morally right or wrong. The Mormon Church was forced to abandon polygamy. Why? Because we said so. Today courts compel state governments to recognize what was considered morally wrong (and illegal) less than a century ago. Why? Because we said so.

The Torah tells us that G-d created an Eternal Covenant with the Jewish People — and an Eternal Guidebook for them to follow: “For I am HaShem, I do not change, and you, the Children of Yaakov, are not consumed” [Malachi 3:6]. G-d gave us a set of laws that will last until the end of time, and which will preserve us. No matter the era, no matter the human condition, the guidebook to life does not change.

In response to disturbing news about the decline of Jewish affiliation and involvement, we hear frequent calls for Judaism to change to meet the times. They are getting it exactly wrong. What ultimately appeals about Judaism, about Torah, is that it responds to the times without bending to the times — that it applies ancient principles to new situations that arise in every generation. Through the Torah, we connect ourselves to G-d, and to eternity.

On Passover, we relive this special opportunity to transcend the laws and feelings of the moment, and to respond to the eternal. May we grasp this opportunity and enjoy a happy, and spiritually elevating, Passover!