The Wise Men of Chelm 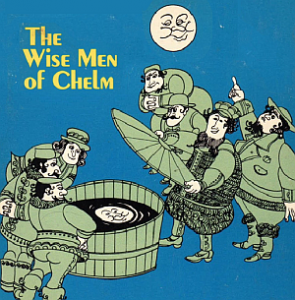 Did you know that the city of Chelm truly had wise men? Or that the stories of “The Wise Men of Chelm” were old fables, deliberately cast upon the Rabbis of Chelm to belittle its Sages?

This week’s Torah reading comprises a long list of Commandments. Immediately after receiving the Torah, it is logical that G-d would immediately tell Moshe to record several of the most critical laws. Yet almost exclusively, these laws are interpersonal in nature; the laws in this week’s reading primarily regulate how we interact with others, rather than with G-d.

The instructions discussed are introduced as “Mishpatim,” judgments. Our Sages explain that “judgments” are laws necessary for civil society — if they were not given to us by G-d, we would need to create our own laws (as governments do around the world) to prevent anarchy. But this, they explain, is the point: they were given by G-d. Not only are they as important as any other Commandment, they are primary to our relationship with our Creator.

In a famous story from the Talmud, Hillel is approached by a prospective convert who insists upon being taught the entire Torah while standing on one foot. Hillel recognized that despite the ridiculous nature of the request, the questioner was motivated by a sincere desire to understand what Judaism was all about. And so Hillel told him: “that which is hateful to you, do not do to another. All the rest is commentary — go and learn!”

Hillel was not minimizing the Torah; he was encapsulating its wisdom. The Torah wants a person to be as sensitive towards the feelings of others as he or she is to his or her own. Even a servant has to be treated with dignity, and fed, clothed, and given living quarters like a member of the family.

How often have you heard that when people focus “too much” upon the rituals of Judaism, that they lose touch with its interpersonal requirements? Experience proves the opposite: that those who are truly expert at learning and understanding Jewish law are also giants of interpersonal conduct.

Here, then, is the connection to the stories told to misportray and deprecate the Rabbis of Chelm — there are actually places called Chelm in both Poland and Lithuania, and it is the latter city that featured a school which focused not only upon development of Torah knowledge, but upon Mussar, Jewish ethics and self-improvement. Even more than most, the school was devoted not merely to informing, but changing the student.

The school of Chelm, led by Rav Simcha Zissel Broyde, existed during a period when many were downplaying the treasures of Jewish wisdom. This is what led to stories designed to portray the great Rabbis of that city as fools — and the equally invalid idea that Jewish ritual somehow distracts from our obligations to each other. When we discard these misconceptions and embrace Jewish wisdom, we will find it changes not only how we pray and even how we tie our shoes, but how we regard and interact with those around us.