All According to Plan 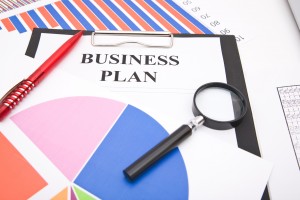 If there is one lesson to be learned from this week’s reading and those of the past few weeks, said Rav Asher Rubenstein zt”l, it is that G-d runs the world, and He has a Plan. We can either follow the plan, or we can fight the plan, but it’s going to happen anyways.

Yosef had dreams, dreams that indicated his brothers would bow to him. Yosef knew they were prophetic. His brothers, though, dismissed them, and when they threw him into a pit and then sold him into slavery, they said “let’s see what comes of his dreams!” [Gen 27:20]

Now read the story. What happens afterwards? What action set the process in motion by which Yosef was elevated to the position of viceroy of Egypt, second only to the King, to whom the brothers would bow? It happened because the brothers sold him into slavery. The very thing that they believed would destroy any prospect of the dreams turning into reality, caused them to turn into reality.

Yosef, for his part, acted to ensure that the dreams would come true. He followed the plan. When ten of the brothers came down to Egypt and bowed to him, he realized that something was missing — because the dreams included his brother Benyamin. All eleven brothers had to bow to him, so he had to do something to ensure that Benyamin came down and joined them.

There was no basis on which to accuse the brothers of “spying;” they came to buy food like anyone else. And certainly it was ridiculous for Yosef to claim that he was unable to recognize that all ten of them were brothers, but the addition of an eleventh man would somehow prove to him that they were indeed all related and were telling him the truth. As soon as he said that, the brothers said to each other something equally nonsensical: that this is all because they were guilty, because they saw their brother in pain and did not listen [42:19-21]. Yosef’s behavior, otherwise, made no sense at all… and even so, it didn’t make sense — until he stood and declared, “I am Yosef!”

Then, of course, it all made sense. And it all went according to Plan.

The Torah describes the plan, and guides us in following it. What can we do to align our lives more with the plan, so that when it all eventually happens, we will know we did our part?