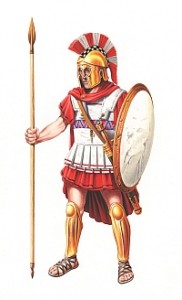 I was once driving with my wife, way back in the pre-GPS days when you actually had to remember directions. She was driving, and approached a T in the road with her left-turn signal on. “Wait!” I said. “Not left, definitely not left!”

We arrived at the intersection, and I saw and remembered where we were. “OK, maybe left.” This has been a family joke ever since.

After Yosef’s brothers threw him in a dangerous pit of snakes and scorpions, they sat down comfortably to eat [Gen. 37:24-25, Talmud Shabbos 22a]. The Tiferes Tzion explains that they believed they had judged Yosef correctly for having slandered them to their father, and attempting to elevate himself above them with his dreams. They were so certain of their decision that they were able to sit down to eat with a clean conscience — not realizing that their true motivation was simple jealousy. Even these great and holy individuals, the tribes of Yaakov, were capable of not merely misjudging, but of being quite certain that they had acted correctly.

The holiday of Chanukah is just around the corner. While it is sometimes misunderstood as commemorating a battle for freedom between the Jews and the Greeks, the truth is considerably more nuanced. There was an internal battle between Jews, between those who promoted the Hellenization of Judaism and Jerusalem vs. those who rejected it. Those in the first camp were so certain about what they were doing, that it was they who defiled the Temple in Jerusalem. They believed it would somehow help the Jewish people for them to be more like the dominant Greeks. And of course, in the end it was just about their personal biases, their desire to worship idols and engage in the immoral behavior the Greeks encouraged.

Personal bias is capable of not merely enticing us to do the wrong thing, but to do so with complete confidence that we are acting correctly. We have to look to third parties with sound judgment and a neutral perspective, precisely when we think we are so obviously right that there is no question to ask.