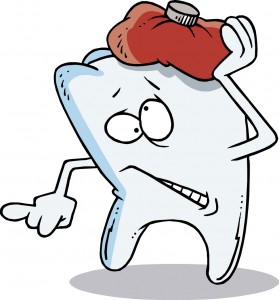 The Medrash tells us many things not found in the written text of the Torah. It is, in fact, crucial to our understanding, because otherwise many passages could be misunderstood and misconstrued.

Sometimes, however, statements in the Medrash appear to conflict with each other, representing differing schools of thought on how to understand a particular passage. How do we respond to apparent conflicts? When there is a true conflict, we must conclude that while each is intended to teach its own lesson, only one could actually have occurred. Unlike a question in the law, we don’t need to resolve the conflict by declaring one version correct — we try to learn from both in any case — but we still recognize that the two accounts are at odds with one another.

When we look deeper, though, we may realize that two versions of an account are not mutually exclusive. For example, there are differing accounts of who the angels were who were ascending and descending the ladder in Yaakov’s dream. One version says that Yaakov was escorted by different angels outside the Land of Israel, so one set was leaving and the other was coming down to join him. Another says that there were various angels representing the exiles that would befall Yaakov’s children, and each angel ascended according to the length of that exile before falling back down — and the fourth and final angel ascended so high that Yaakov was afraid, until HaShem reassured him that that angel, too, would eventually fall.

Are the multiple versions at odds in that case? Actually, no. Yaakov could have had multiple visions of the angels on the ladder, all designed to teach him something different.

This week, the Sages differ in how to understand Esav’s reunion with his brother Yaakov, whom Esav hated so passionately. In the Torah, there are dots penned over the word “VaYishakehu,” “and he kissed him.” Some say that this indicates that Esav was not kissing him with a full heart, with actual love for his brother. On the contrary, one Medrash says that Esav tried to take the opportunity to kill his brother, by biting him! Yaakov’s neck miraculously turned to stone, and the reason Esav cried afterwards was because of his broken teeth.

Another opinion in the Medrash says the opposite: at that very moment Esav’s heart filled with mercy for his brother, and he genuinely loved Yaakov and cried for their reunion. It seems obvious that these Midrashim are completely at odds with each other.

It occurred to me that even here, we could say that both versions are correct. It could be that Esav came to Yaakov with murderous intent — but when he was thwarted by an obvious miracle, he recognized that G-d was sending him a message, telling him that he was in the wrong. Esav could, in that moment, have realized that he should be greeting his brother with love, and learned his lesson.

We are not greeted with obvious miracles when we find ourselves going down the wrong path, but often there are signals if we are sensitive to them. It could be as simple as a twinge of conscience when doing something unproductive, instead of learning Torah. We are supposed to listen to those messages, to improve and do better — without suffering broken teeth!