By: Rabbi Yaakov Menken|Published on: May 23, 2014|Categories: Lifeline| 4 comments

This week we begin Bamidbar, the Book of Numbers. This, the fourth book of the Torah, acquired its Latin/English name because it begins with a count of the Children of Israel. This, though, is not the first such census — we find repeated counts of the Jewish Nation throughout the Torah. 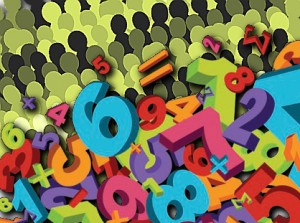 Rabbi Shlomo Yitzchaki (Rashi), commenting at the beginning of our reading, explains why: “because they are precious before Him, He counts them every hour: when they left Egypt He counted them, and when they fell due to the Golden Calf He counted them to know the number remaining, and when He came to rest His Divine Presence upon them, he counted them.”

G-d established the People of Israel to bring His message to the world… and each individual plays a critical role. Each one is precious.

Today’s crisis of assimilation and intermarriage has come about because Jews have lost an understanding of the value and privilege of carrying His Torah. The decision to marry another Jewish person should never be a matter of racial or ethnic bias — after all, anyone is welcome to join the Jewish People. On the contrary, a Jewish marriage is built around our shared mission, a mission which is transmitted “to your children and your children’s children.” Both partners must share the goal of raising the next Jewish generation.

When we learn and study Judaism, it cannot only be for ourselves — it must be shared with others. Every Jew must be inspired to understand, share the mission and help ensure the Jewish future.