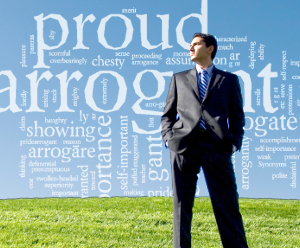 In this week’s Torah reading, we begin the book of Leviticus, with the word “VaYikra”, “And He called.” G-d called out to Moshe, as He did every time He wanted to speak to Moshe or give a new Commandment. Rabbi Shlomo Yitzchaki (Rashi) tells us that this was a term of endearment, used by the ministering angels to call to each other. G-d calling Moshe in this fashion was a great honor.

But if you look in a Torah scroll, you’ll find that the final letter of the word, the Aleph, is written in miniature. It’s there, but doesn’t have the same stature as the rest of the letters.

Our Sages blame Moshe for this miniature Aleph. He could have written a normal one, but he didn’t. Why not? Because G-d called Bila’am with “Vayikar,” without the Aleph, which Rashi describes as an off-hand and denigrating call. Moshe wasn’t interested in self-promotion, and was in fact uncomfortable writing that he was being honored with “VaYikra”.

Moshe’s behavior runs completely contrary to everything we know about leaders. Kings sit on thrones, hold absolute power and demand obedience. People clamor for the opportunity to be President, to be powerful and respected. And Moshe? “I know G-d is speaking to me, I know He is honoring me… but really, I’d rather not talk about it.”

To be completely self-effacing, to not care for one’s own honor but only the good of others, is a universally respected ideal. But it can only come from within — you can’t depend upon it. Communism was based on the idea that everyone is equal, that everyone should work together for the common good. In practice, today communism is synonymous with totalitarianism. It allowed the cruelest to rise to the top.

Requiring that we think of others, rather than our own honor, is replicated throughout Jewish thought. The ideal form of charity, Maimonides tells us, is when the donor remains anonymous. When motivated to do so, people do tremendous things behind the scenes, and often their greatness is only revealed after they pass away. No one runs for office to be a leading Rabbi, they just become known among their peers because of their scholarship. Universally they are known for having no pretenses, for caring little about their own honor.

This is the ideal that the Torah demands of us — the reason Moshe was the leader, and knew to stand up to Korach and anyone else who wanted to distort G-d’s message, but yet was called “more humble than any man.” How much more can we accomplish, if we don’t care who gets the credit afterwards?