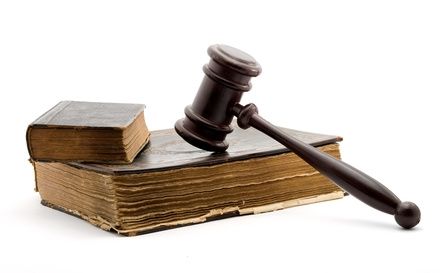 Immediately following the Ten Commandments in last week’s reading, G-d instructs Moshe to tell the people to build a Mizbeyach, an Altar. And then, He goes on to say, at the beginning of this week’s portion: “And these are the judgments which you shall place before them” [Ex. 21:1]. 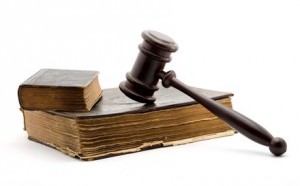 The word Mishpatim, judgements, represents a particular category of the Commandments. These are the ones governing the conduct of civil society, which, had they not been given in the Torah, would have to be enacted in order for civilization to function. Governments around the world prohibit murder, assault, and kidnapping — major crimes. But they also have rules about minor crimes, and even regulations about construction and obstacles, things which might harm another person. And in the situation that one party causes damages to another, whether physical or financial, whether deliberately or inadvertently, there are laws and court precedent explaining how the matter can be settled.

Rashi focuses our attention on the opening word v’Eyleh, “and these.” He explains that this word is consistently used to add on to what came before. In this case, v’Eyleh teaches us that just as the Ten Commandments were said at Sinai, these rules were also said at Sinai. And furthermore, Rashi says, the intervening verses about the construction of the Altar teach us a lesson as well: that the Sanhedrin, the High Court, should sit in judgment near that Altar.

What is the Torah telling us? Why is it important that these rules were also given at Sinai? And why should the High Court hear cases right next door to the Holy Altar?

A person might think that in order to get into G-d’s “good book,” as it were, the important things are what goes on between us and G-d. And although the Ten Commandments include interpersonal ones as well, they are all very serious. So a person could still think that little bit of dishonesty might be forgiven. How we act in the synagogue is the key, not how we do business.

The Torah is telling anyone thinking like that: these laws also come from Sinai. And if you get in an argument with your neighbor, do you know where the ultimate authorities sit in judgment? Right next to the Altar!

I want to add a special note, as we approach 30 days since the passing of Rav Asher Zelig Rubenstein zt”l of Jerusalem, who left this world on the Sabbath, Parshas Va’eira. It’s a name that, if you’ve read through my Divrei Torah here, you’ve seen well over a dozen times.

I never attended any school in which Rav Rubenstein taught. But shortly after my arrival in Jerusalem to study at “Lakewood East,” someone pointed out that there was a Rav who spoke each Thursday night at 11 PM, and his apartment was just one floor up from the one rented for several of us by the yeshiva (rabbinical school). So I went, and I was captivated.

Rav Rubenstein was a straight “American boy” who went over to Israel to study — and never stopped. His Thursday night talks were always about the Torah portion, and often inspired by (and peppered with anecdotes about) his own teacher, Rav Chatzkel Levenstein zt”l. Both were masters of Jewish ethics. Rav Rubenstein could entertain you, make you laugh, and a moment later make you realize your own shortcomings, and inspire you to do better.

I once asked him how he prepared for these one-hour lectures, how he found material. His response was both simple and profound: just look in Rashi, the work of Rav Shlomo Yitzchaki, the provider of the basic, succinct commentary known to even beginning students of Torah and Talmud. I think it’s obvious, if you’ve been reading my material for even a few weeks, the extent to which his brief answer guided me in this area.

He was an American, and understood American students and our concerns. His advice was straightforward, practical, and incisive, and always came with a warm helping of genuine concern. You knew he cared about you and was looking out for your best interests, making it very easy to trust his wise counsel. He even knew what he could say to us in Jerusalem, that would be perceived as too harsh a criticism if said back in America!

If you would like to read and hear more about this incredible person, please visit the site of Rabbi Yosef Tropper, who has written his own recollections and collected those of others, both written and recorded. Over ten years of Rav Rubenstein’s classes are available for purchase or membership download from our Torahmedia.com library; the funds will now, of course, be paid to his family.