The Medrash says that when all the Jews were told to assemble at Mount Sinai, the souls of all their descendants, and those of all future converts, were brought to join them. Everyone had to be there, personally, at the moment when G-d Himself spoke to the Jewish People. This was when He was going to give them their “marching orders,” to be a Nation of Priests, spreading knowledge of G-d. 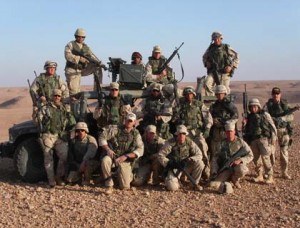 The Medrash also records that when G-d spoke to the People directly, their souls left their bodies. They all died! The people couldn’t handle it. They had to have Moshe transmit the message. That is why the 10 Commandments begin with “I am HaShem your G-d,” but by the third speaks of G-d in the third person: “you shall not take the Name of HaShem your G-d in vain” [Ex. 20:2, 7].

If that was the case, why was it so important that everyone hear Him directly? After all, when Moshe asked to see G-d, He responded that it was impossible for Moshe to see him and live [Ex. 33:20]. So tell the People the same thing, even if they wanted to hear Him directly!

But everyone understands the idea that what you hear directly from the source is very different from what you hear from a third party. You can always doubt that the third party understood and repeated precisely what he heard. With everyone gathered there, everyone heard HaShem’s Voice directly. At that point they asked Moshe to listen and repeat the message, knowing that he was repeating precisely what he heard, and that they weren’t hearing it directly only for their own well-being.

Much is made of the idea that the Jews are a “Chosen People.” But it’s like soldiers selected for a mission — it’s only a true honor if they are successful! We are supposed to develop ourselves as G-dly, ethical people, aiming for a very high standard of conduct in order to elevate the world around us. And it is obvious to everyone that our success is limited. But as Rebbe Tarfon says in Chapters of the Fathers 2:21, “It is not upon you to complete the work, but neither are you free to separate from it.” It is too big a task for any one person or any one lifetime, but it is still the responsibility of every Jew to do his or her part — to learn Torah, to do the Commandments, and to develop our spiritual selves.

We have to get out there, and aim to complete the mission!