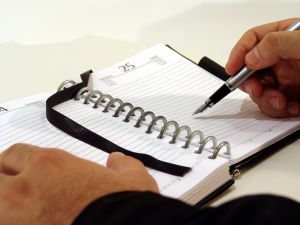 This week, I came across a commentary by the Malbim that “spoke to me,” and I’d like to share it with you.

When Moshe first encounters G-d, in the well-known story of the Burning Bush, G-d tells him that he will lead the Jews out of Egypt, but Moshe responds that they will not believe him. G-d tells him to throw his staff on the ground, which turns into a snake, and to conceal his hand under his clothing, which then comes out white with the spiritual affliction called Tzara’as. Rashi explains that both of these hinted that Moshe had spoken badly of Israel. The Malbim, though, says that Moshe was also given a lesson for the future.

And the Malbim suggests that Moshe’s hand was used as an example. If the hand is hidden under his clothing, doing nothing, then it is like Tzara’as which is compared to death. But when the hand is out in the open, doing work, then it is again like human flesh. It is who we are.

In spiritual matters especially, we are reminded of Jacob’s Ladder: “if you aren’t going up, you’re going down.” And I think this applies organizationally as well, which is why I say this lesson spoke to me. For a long time we have mentioned the improvements we hope to make here at Project Genesis, to modernize our websites and provide new ways to interact with us. But if we aren’t taking even incremental steps, then we slip behind.

I am committed to changing that, and starting to bring about as much of our vision as we are able. Tu B’Shvat is called the “New Year for trees” because the new crop of fruit is counted from that date (this year, January 15 on the secular calendar). I am confident that by then we will have a new refresh of Torah.org — and Torah is, after all, represented by the Etz HaChaim, the Tree of Life! Your support is helping us achieve our goals. And if you haven’t yet, joining our raffle is a great way to help us climb the ladder.