I am always fascinated by the implied lessons of a statement from Chapters of the Fathers [5:17], that at first glance seems to make a faulty comparison:

That’s not the way that a parallel is made. We’ve all taken tests where we say that X is to Y as Z is to A, B, C or D. The relationship between Z and B (for example) is the same as the relationship between X and Y. Hillel and Shammai were on opposite sides of the argument, but Korach and his congregation were allies! 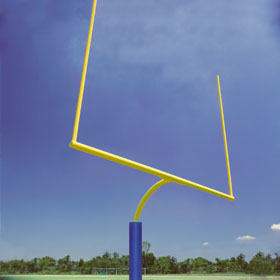 One answer, as I elaborated upon last year, is that you can’t say that Moshe was part of an argument “not for the sake of Heaven.” Everything he did was for G-d’s honor, not his own. The Torah itself testifies about him that he was “more humble than any man.” The fact that you are acting for G-d’s honor doesn’t mean that others won’t pick fights… and you have to move forward anyways.

Among many other possible answers, there is also this: were they truly allies? Korach and “his congregation” both wanted to challenge Moshe. But… then what?

Korach was the son of Yitzhar, second son of Kehas ben Levi. He still wanted the descendents of Levi to have special honors. Rabbi Shlomo Yitzchaki explains that what irked him most was not even the special positions given to Moshe and Aharon, sons of Amram, the oldest son of Kehas — but rather that Moshe had, by Divine command, appointed Elitzaphan, the son of Uziel, the youngest son of Kehas, as the leader of the family of Kehas. Korach felt that he should have been given that honor.

His allies, by contrast, came largely from the tribe of Reuven, the oldest of Yaakov’s sons. Do you see where this is going already? Did the sons of Reuven have reason to care whether Elitzaphan ben Uziel or Korach ben Yitzhar was in charge of the Kehas family line? Would it make a difference in their own positions?

Not at all — far better for them if they could do away with the status of all the sons of Levi, from Moshe and Aharon on down! So, as a matter of fact, by this reckoning Korach and “his congregation” were adversaries, just as Hillel and Shammai were, just not for the sake of Heaven.

How can you tell the difference? We can see that the alliance between Korach and “his congregation” was simply a “marriage of convenience.” Had they actually managed to unseat Moshe as the leader of the Jewish people, they would immediately have had a new argument. This doesn’t mean that two different parties with different philosophies can’t work together towards a common goal — but if their true end goals are quite different, it is a sure sign that something is amiss. Hillel and Shammai had a common goal in mind, far more so than Korach and his allies.

Korach seemed to be a holy person from a holy line, and his arguments must have been somewhat compelling (otherwise, how would he have convinced 250 “men of name” to join him?). It takes a certain amount of discernment to recognize when an argument is not for the sake of Heaven — but if we care to look, the signs are always there. May we always be able to see them!