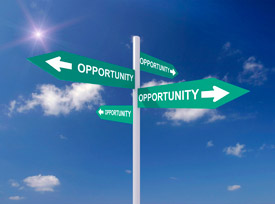 This week’s reading begins with G-d’s promise to bless those who follow the Commandments, and a curse upon those who go away from them to follow false gods. It is obvious, then, that there’s a big gap between the two. One could hope not to stumble into idolatry even once in a lifetime, but every day is filled with opportunities to earn another blessing! Every choice we make, even the small ones, can have a profound impact.

Recently, Rabbi Yosef Shalom Elyashiv zt”l passed away. He was widely regarded as the single preeminent Jewish legal authority at the time of his passing, and his funeral, though hastily arranged so as to not wait overnight, was attended by over 250,000 people.

Rav Elyashiv was frequently asked how he came to be so knowledgeable in Torah, and he told the following story. Many decades ago, the famous Cantor Yossele Rosenblatt went to Israel, and was to deliver a performance. Besides being an excellent student, Rav Elyashiv was a naturally gifted vocalist, and had a taste for music. So he was very interested in the opportunity to go hear the world’s best-known Cantor, and he planned to attend the performance.

At some point along the way, however, it occurred to him that his time would better be spent doing additional Torah study. So he gave up the opportunity to hear Cantor Rosenblatt, and went back to his gemara (tractate of Talmud). And he felt that after this incident, he experienced far greater success in his Torah learning than he had previously.

Can you imagine? One simple, small decision, that helped create one of the greatest scholars of his time.